Indonesia is the overall champion of IESF WEC 2022, proving the quality of esports in the country Sweet prize at the end of the year, Indonesia is the overall champion of IESF WEC 2022!

Indonesia is the overall champion of IESF WEC 2022.

As one of the biggest world-level esports tournaments, Garuda has proven capable of competing in the realm of esports and mastering several branches.

As we know, PB ESI as an organization sets a big target for the Indonesian Esports National Team to become the overall champion. Take a look at the branches being contested starting from MLBB, eFootball, PUBG Mobile, Tekken 7, CS:GO and DOTA 2.

Indonesia’s progress deserves thumbs up from all branches. After going through many phases to advance to the IESF WEC 2022 stage starting from the national selection and national training, high hopes arose.

And finally, Indonesia’s expectation to win the 2022 IESF WEC has come true. Judging from the results of the 3 gold medals and 1 bronze medal obtained.

Indonesia is the overall champion of IESF WEC 2022

Indonesia does not need to be the champion of all branches to become the overall champion. But Garuda’s superiority in three branches plus one being the Dark Horse, proves that Indonesia is now the country with the most developed esports in the world.

The DOTA 2, eFootball and MLBB branches became the gold medal barn, aka the source of Indonesia’s title at the IESF WEC 2022. The bronze medal came from the CS: GO Women branch.

The struggle of the Indonesian DOTA 2 National Team through various extraordinary matches led Mikoto cs to become champions. Facing the Philippines, they made an extraordinary comeback after falling to the lower bracket.

The eFootball branch is also the next branch that brings the title to Indonesia. Elga “Elgacor” Cahya Putra as the nation’s athlete, managed to defeat various opponents from Serbia, Saudi Arabia to Argentina in the final round. 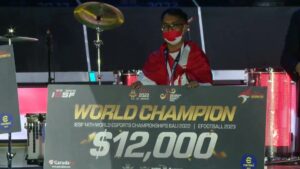 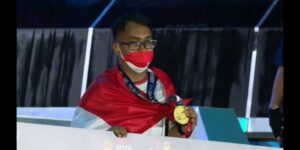 Winning with a landslide score of 3-0 in the final round, brought Elgacor back to win a gold medal for Indonesia at the IESF WEC 2022.

The MLBB branch, which had been predicted by many parties where Indonesia would have difficulty facing the Philippines, instead managed to appear blindly. 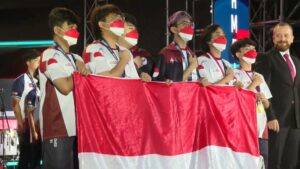 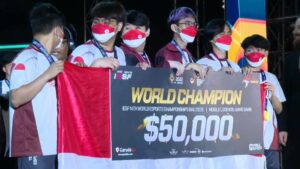 The EVOS Legends players managed to perform optimally to achieve perfect results at the start, even at the end of the Grand Final, winning with a score of 3-0.

And for CS:GO Ladies, Indonesia still needs to improve a lot and be more active in training for a branch which is already rare in this country. We should appreciate their struggle, competing with the Polish and Argentinian teams is really not easy. 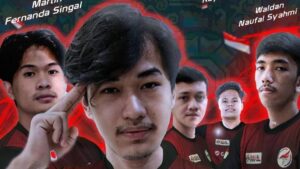 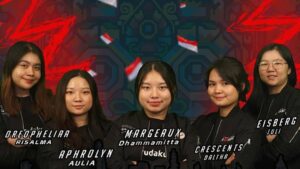 To other branches such as TEKKEN and PUBG Mobile, I hope that the next Indonesian representatives can train better and work harder for better results.

The awarding of the IESF WEC 2022 overall championship title to Indonesia, was represented by the IESF board of directors namely the President of IESF, Vlad Marinescu along with the Secretary General, Boban Totovski to the Chairman of the Indonesian Esports Executive Board (PB ESI), Mr. Commissioner General (Pol) Drs. Bambang Sunarwibowo, SH M.Hum.

With the result that Indonesia is the overall champion of IESF WEC 2022, hopefully we can succeed in various other world-class esports competitions in the future.