Get to know the various spot names in the new Valorant map, Lotus One of the new maps of Valorant, Lotus will be available in early 2023 and will most likely have a chance to become a map used for the competitive scene.

Carrying elements of Indian culture, the new Valorant map, Lotus, is a temple that will be used as a battlefield for Valorant agents in the future. The presence of Lotus is a follow-up or follow-up to Riot Games after presenting agent Harbor.

Throughout 2022 or for almost 2 years of Valorant’s journey as an FPS game that started in 2020, Riot Games has always tried to bring various renewable innovations to the game, especially maps.

Various bugs or small things that need to be fixed or improved are always changed within a certain period of time or within a certain maintenance period. When it is considered that the map pool needs to be added, then, the presence of a new Valorant map is absolutely necessary.

Again, carrying an ethnic theme in the form of a temple, making a new Valorant map, Lotus should be recognized by all players, both casual players and players in the competitive scene. And this time, we will discuss important things related to the designation of the spots in it.

Are you curious about what the spots in Valorant’s new map, Lotus, are called? Check out the detailed discussion below.

When the fight starts, the attackers team has 3 lanes that can be controlled starting from lobby C, pillars B and root A/rubble area A. One of the tricky tasks for attackers is having to clear several areas to find a way to the site. installation of spikes that they will do later.

Defenders, on the other hand, have a few areas to work with with the map easy enough for them to access before the round starts.

The difficulty for both parties, is about rotating from A to C and from C to A, it will take time because the map is quite large. To reduce the distance, they have to follow the rotating doors in the mid area.

Area A is part of the map which is quite complex. Area A main provides an area for ranged weapon combat.

However, when the attacking team manages to penetrate towards the site, the defenders must do close quarters-combat.

3 unique elements from Valorant’s new map, Lotus can be found at the A site. Players who walk slowly from A top to A drop will not make an audible sound. Breakable Walls/Doors can be found in A main, which will take players to the A link – a fast track to Site B.

There is also a rotating door between A main and A rubble. Attackers can use this path as a shortcut to the A site.

Area B of the Lotus map is quite different and complicated, with both teams having the same path to the B site. Players should be careful with the possibility of fast rotation since the B site has access from A and C. 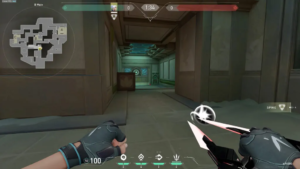 The B side of Lotus is the least complicated, with both teams having a direct path to the B site. Players should be careful of sudden rotations since the B site has many openings from A and C.

Area C is not much different, with the attackers team having the main route to the C site from C main. In order to fend off defenders in the C site area, they will come from B or side spawn defenders.

Defenders has more place options. They can hold and wait for attackers to come at them and of course, lots of areas and angles to check.

Aggressive pushing can be an advantage for defenders. A push through A door, for example, can entrap attackers in the A rubble and A root areas all of a sudden.

Breaking the wall/door on A link can also put pressure on attackers and push them into the A main area.

Fighting in area C main might be a bit risky because attackers could be waiting from area C lobby and B main if they open the rotating door. 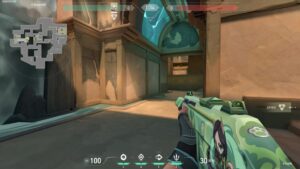 A site is small like a maze with two walls from A hut.

The B site is a little small, but even though it’s small, it looks simpler. The small space inside blends in with the high-ground which benefits defenders.

The C site area has the features of the A and B sites, being slightly wider and having 3 different levels if we add the C hall.

Playing in the new Valorant map, Lotus is almost the same as playing in Haven. Defenders guard A and C but have the option of defending other areas, at the risk of being overtaken easily. Their backup has to go through the entire map before they can help their partners.

Poor communication can create poor rotation, which is advantageous for attackers to open attacks in certain areas.

In addition, attackers also need to play patiently. Many areas have to be marked, and the slightest mistake can benefit the defenders.

Previous Post
Exclusive: REKT or Lemon? This is the choice of OHMYV33NUS
Next Post
Renaissance Kamiru: Scrim against Korean or Japanese teams is easy