Map Split Valorant is one of the maps that is also a mainstay for several well-known esports teams in the competitive Valorant scene everywhere.

Some time ago, the Split Valorant map was withdrawn from circulation due to an alleged bug exploited by several players. As a result Riot Games made further innovations and improvements and Split finally received changes in January.

On January 10 to be precise, you can already play Split as Valorant Patch 6.0 was launched by Riot Games.

The changes made include major and minor changes in several parts of the map. Therefore some players must be able to distinguish the results of changing the map and pay attention to the details in the game.

Not biased, there are several advantages that can be taken by attackers and defenders in the game. For example attackers can have several alternative areas to explore, as well as defenders.

The following details the changes regarding the Split Valorant map in 2023. The area around Crown Coffee has undergone significant changes. Game Developers added an uphill ramp that gives attackers a path to take over A main. The box that sits between the A ramp, and at the entrance to the A site, is cut in half and gives attackers a new angle to peek at the A site. 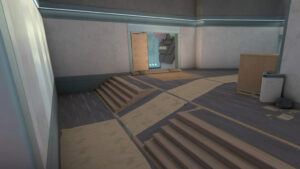 This area is getting a significant change, with a small staircase facing the A site and no longer facing the A ramp. Peering towards A heaven from A ramps will be more obvious to attackers with one of the best angles in the area. A portion of the A rafters area near A main has been partially removed. This spot used to be difficult for attackers to reach and they had to clean up this area because defenders could be there or be under it.

Attackers don’t need to worry about gambling about which spot to clean when heading towards the A site. The height of the box under A rafters has also been increased and it makes it difficult for defenders to crack. 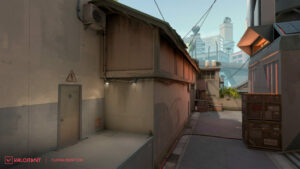 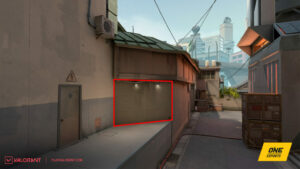 The parallel wall leading to the B site entrance has been adjusted. More sideways and makes it easier for attackers to clean area B with a wider angle. 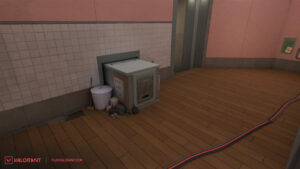 The small trash can beside the box in B tower has been removed. 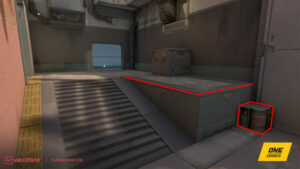 The edge of the area near the stairs in mid has been removed. Players can no longer use the edges to squat and boost towards the top of the metal box.

The height from the platform below to the stairs has also been increased. Can make it easier for attackers to jump and peek Mid mail.

The Split Valorant map update focuses on making the map more balanced, by combining A site and B site pushes that are always done within the map. Now that attackers have many options of execution paths to sites, attacking a single site can make the attack pattern or strategy work better.